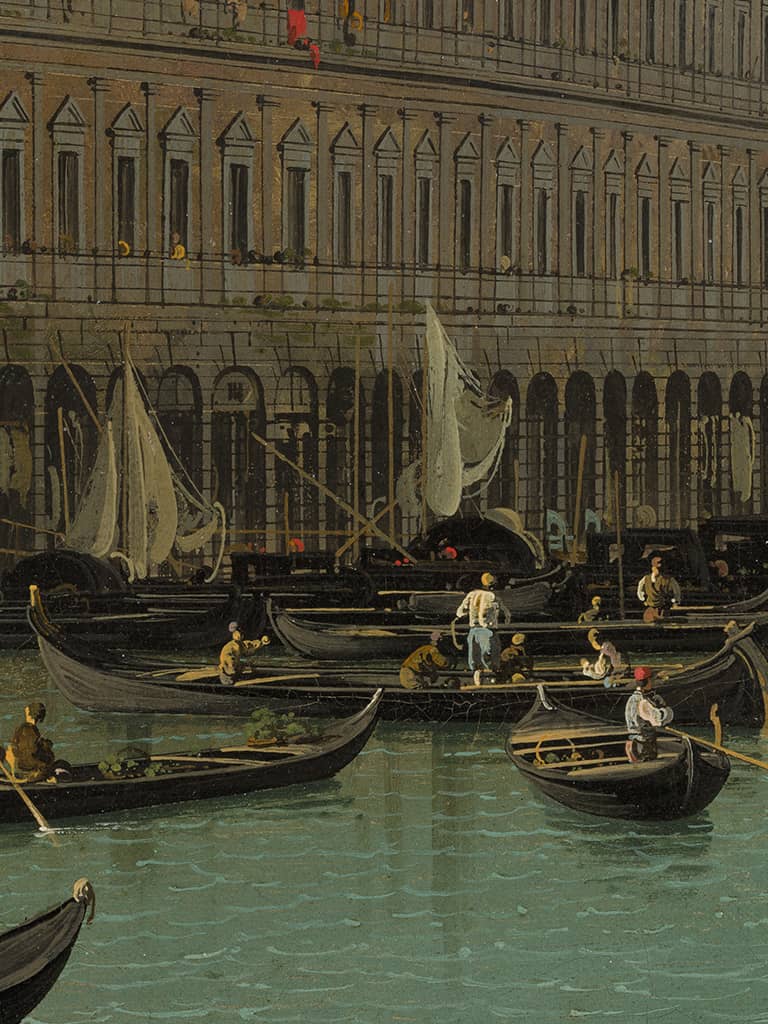 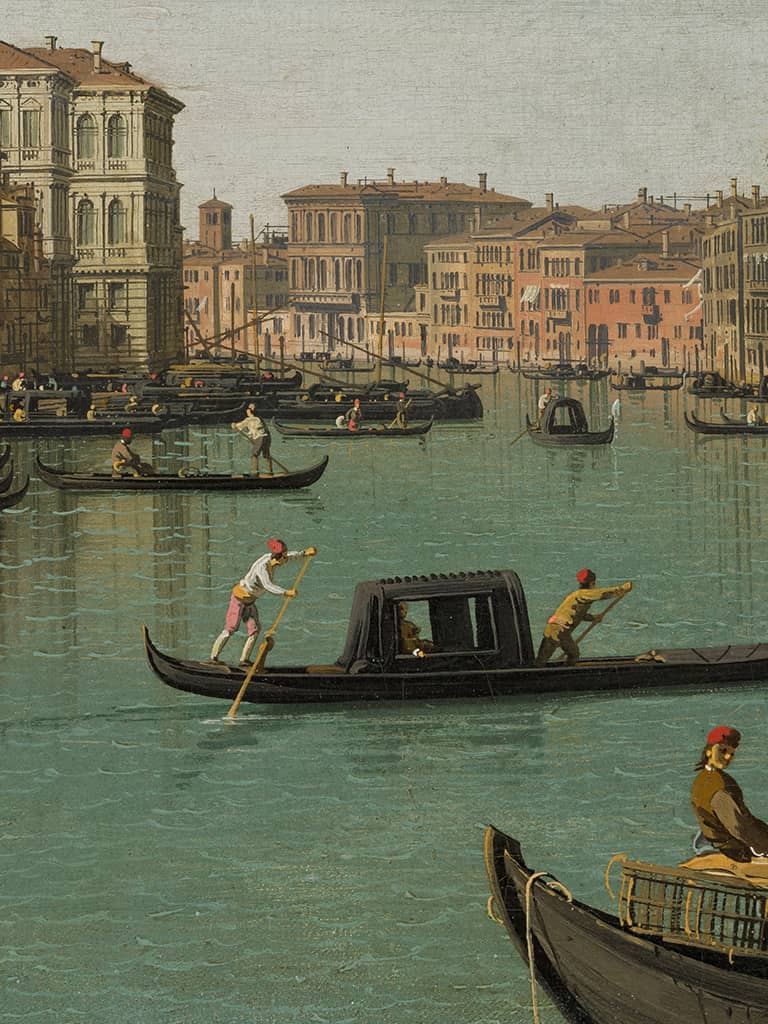 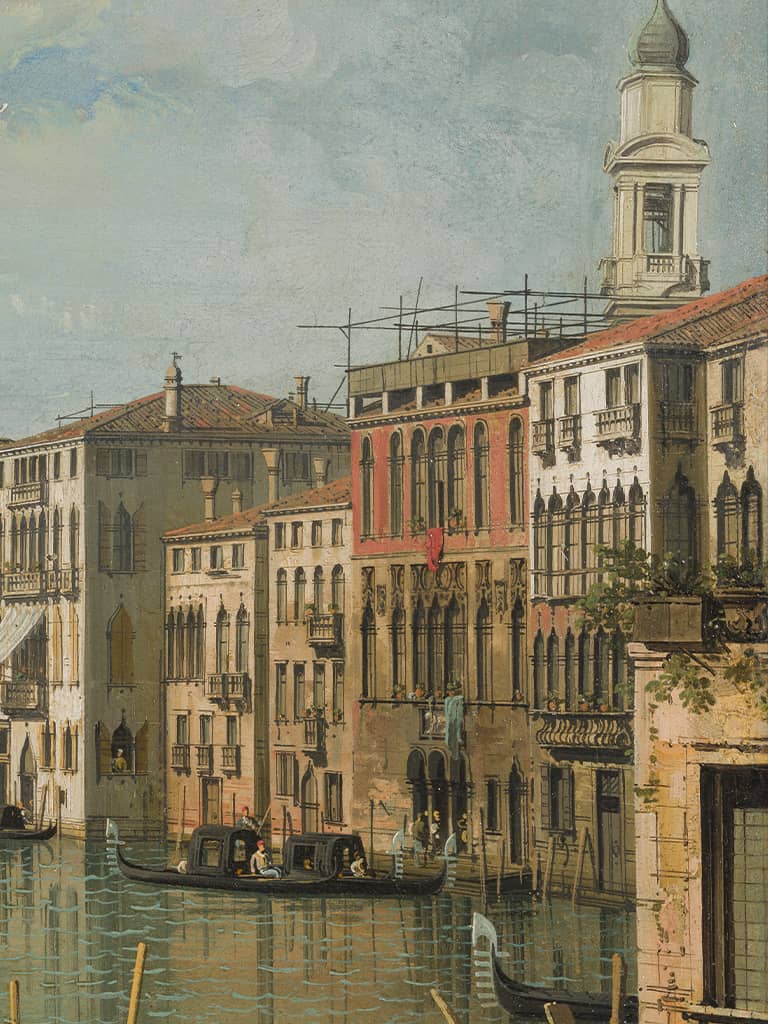 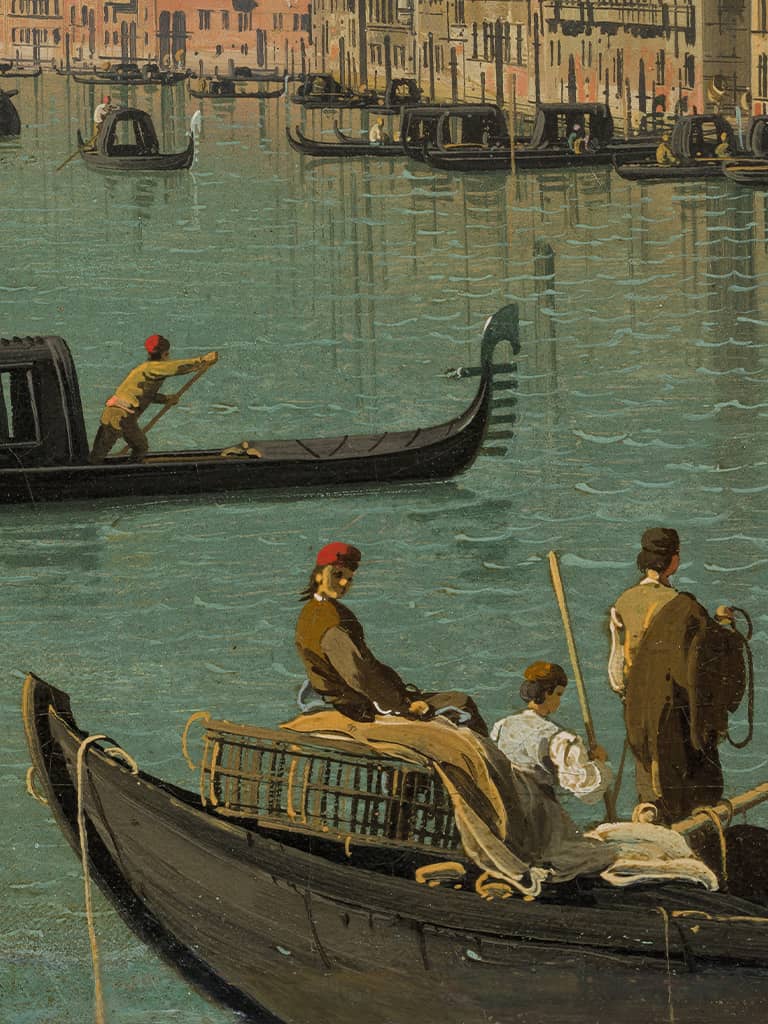 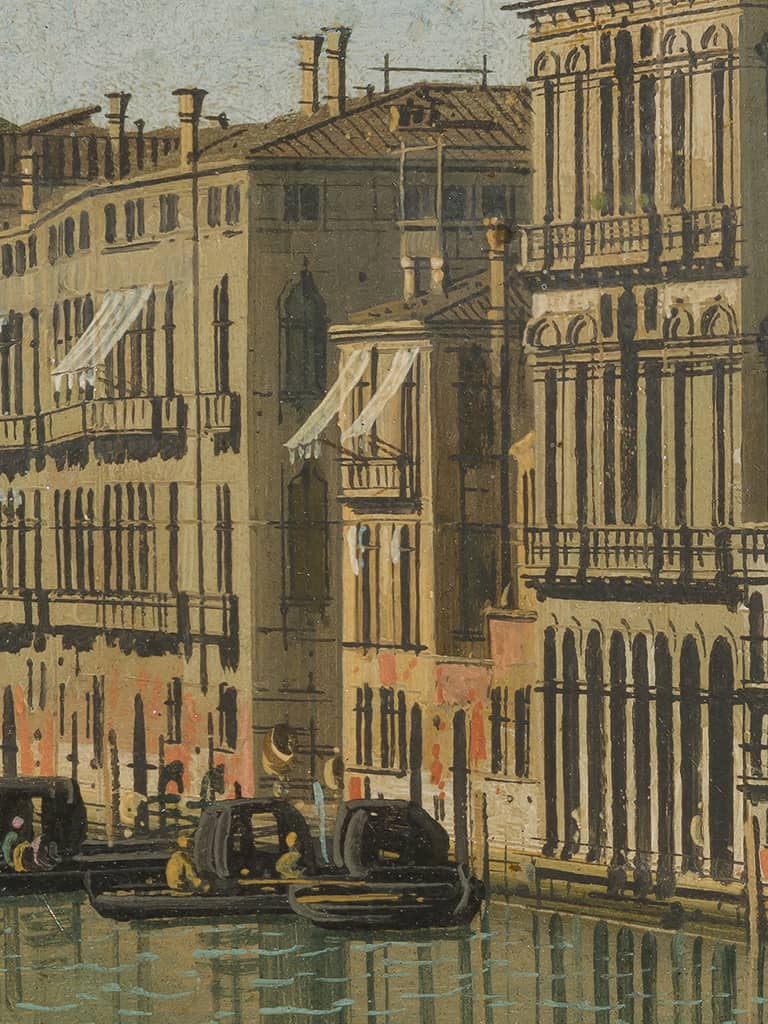 A postcard from Venice

The Grand Canal is crossed by an active flotilla of gondolas. The banks are alive with scenes from daily life. Canaletto chronicles his city and its inhabitants.

The artist used a camera obscura to give his paintings of Venice their accurate topography. The vedute, highly detailed views of landscapes or architecture, are a speciality of the painter. They were popular with travellers, who bought them as souvenirs.

The view of the Grand Canal from the Rialto Bridge has remained almost unchanged for three centuries. On the left, we can see the small Erberia Square, the vegetable market and then the imposing facade of the Fabbriche Nuove di Rialto, constructed by Sansovino in 1555.

Canaletto often painted several variations of his own compositions. His eye for detail led him to return to the site to update his works and take architectural transformations, such as the scaffolding visible on a roof, into consideration.

Venice was an essential destination for travellers on the Grand Tour, an itinerary intended to perfect the education of the young European elite.

The painting was commissioned by Joseph Smith, an English consul who spent a lot of time in Venice. Owner of one of the palaces shown here (the fourth from the right), he even insisted that the painting be corrected when the facade was renovated in a new style!

The Grand Canal from the Rialto Bridge