The Cognacq-Jay museum houses the collection of 18th-century art amassed by Ernest Cognacq, founder of La Samaritaine department stores, and his wife Marie-Louise Jaÿ. Upon his death in 1928, Ernest Cognacq bequeathed these artworks to the City of Paris. 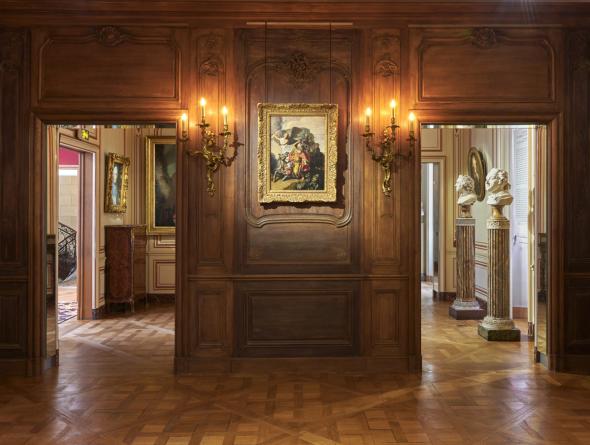 Far from being ‘set in stone’ like other major institutions based on private collections, the Cognacq-Jay collection is enriched year on year by acquisitions which are in keeping with the spirit established by the taste and perspective of an early-twentieth century collector, formed in a period when the eighteenth century was considered as the absolute apogee of bourgeois interior design. The nature of this collection, comprising mostly small works, and works whose subject matter often touches on the intimacy of the private sphere, from portraits to interiors, means that the museum offers a uniquely engaging vision of the French eighteenth century as it was perceived in the early twentieth: a century where sociability, discussion and the art of living were considered fundamental to one’s personal development.

Ernest Cognacq chose not to bequeath his entire collection in his Parisian home, preferring to exhibit a selection of eighteenth-century works in a separate space, drawing inspiration from the Musée Carnavalet and seeking to create a period atmosphere where the wood panelling and other interior design features would be in keeping with the artworks on show. Remaining true to this spirit of retrospective recreation, and never forgetting that these collections represent a partial, necessarily subjective view of the eighteenth century, the Musée Cognacq-Jay presents exhibitions which aim to expand visitors’ understanding of French art and society in the eighteenth century, but also of the fascination which the Age of Enlightenment continues to evoke in our own day and age.