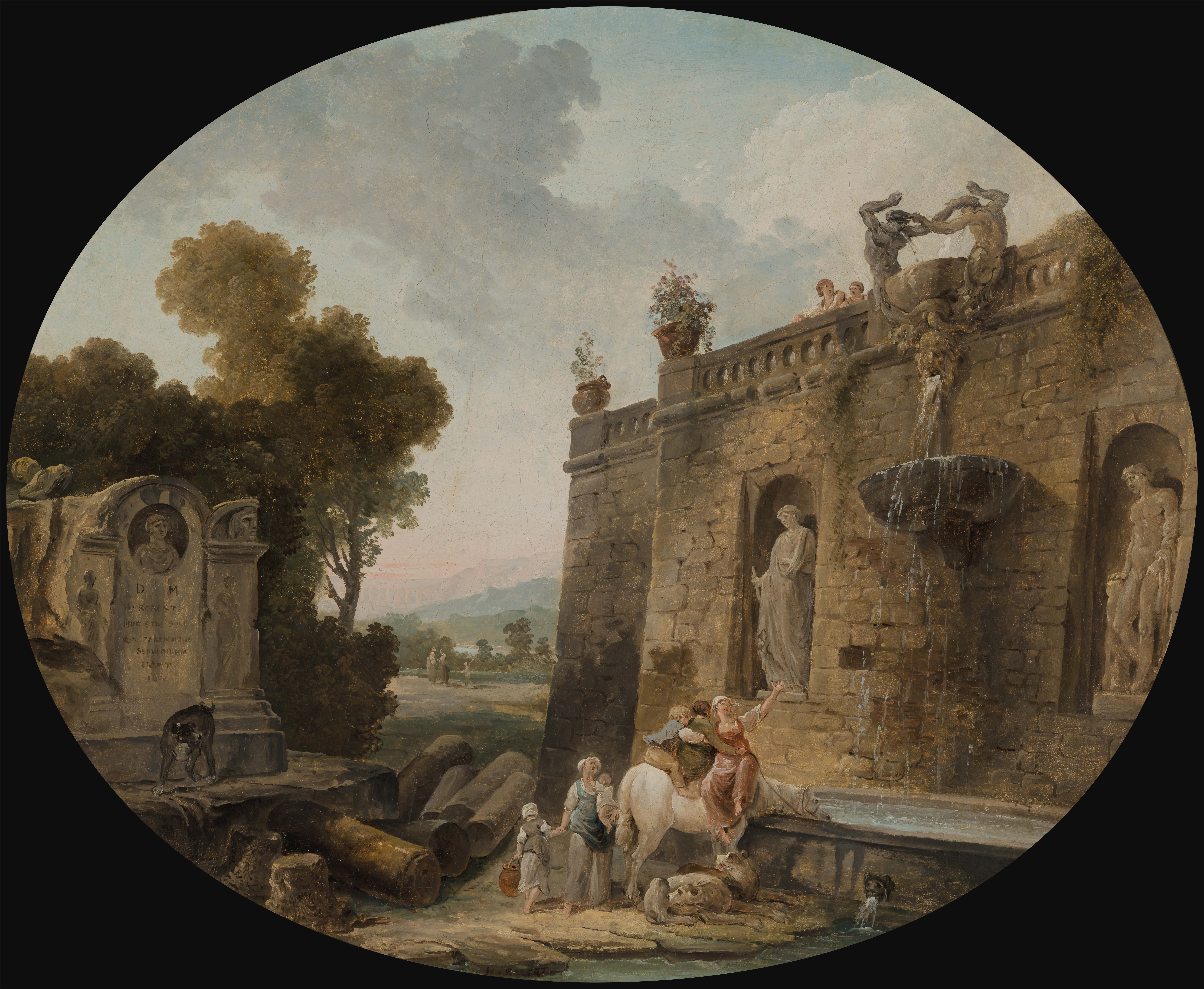 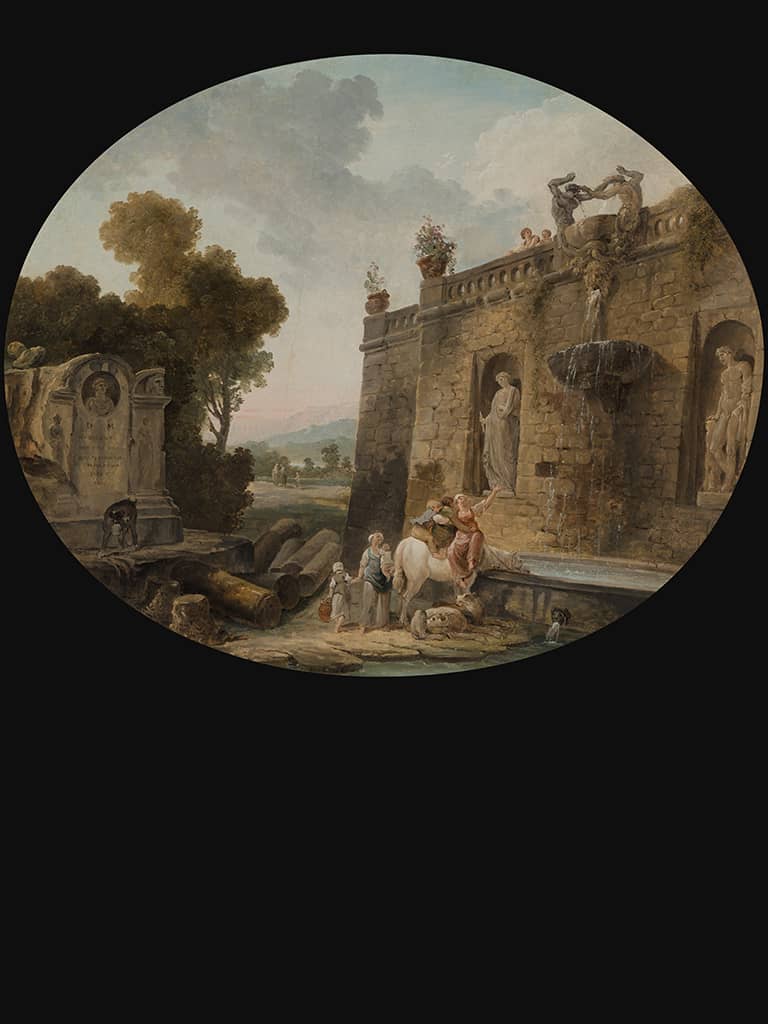 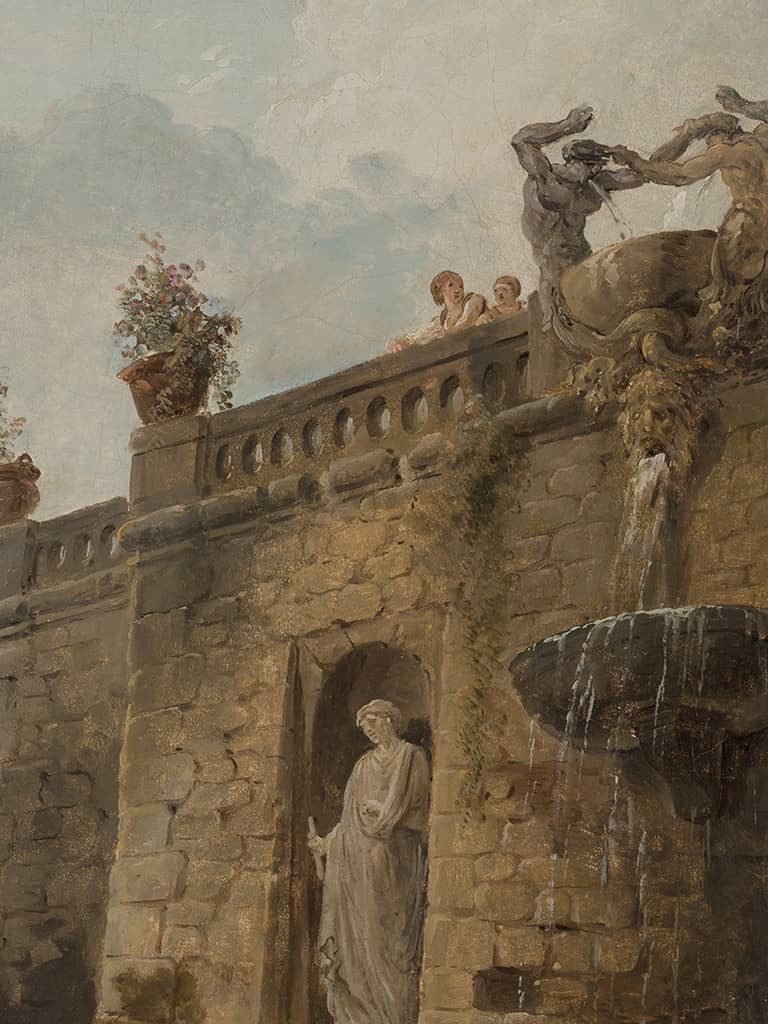 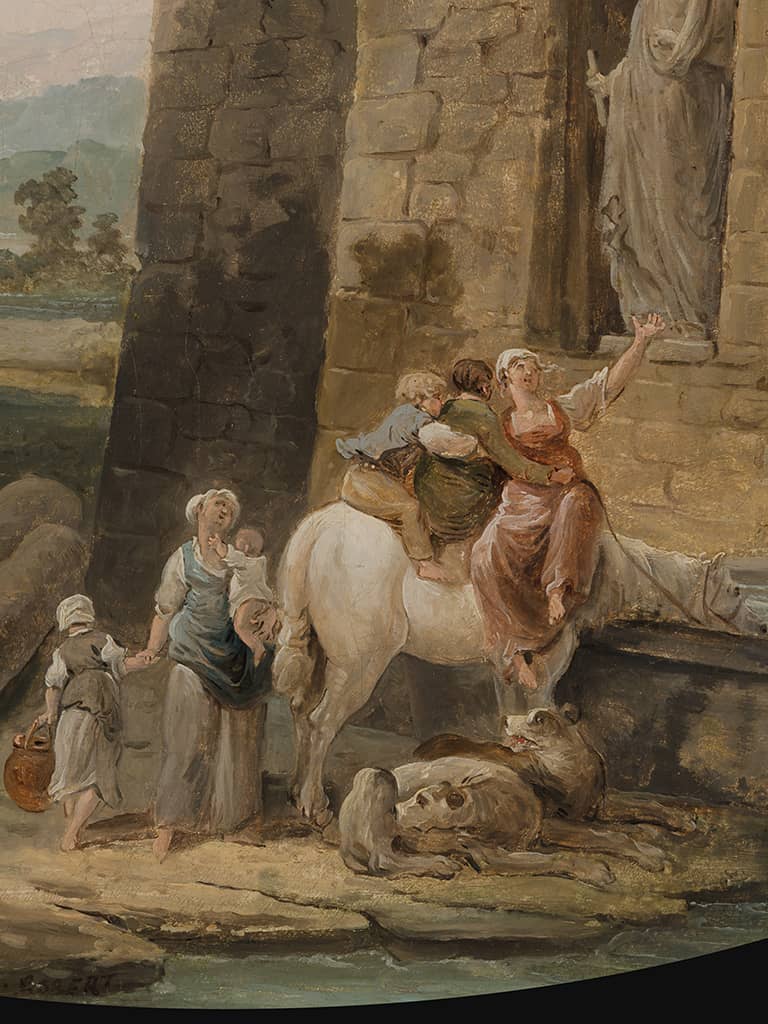 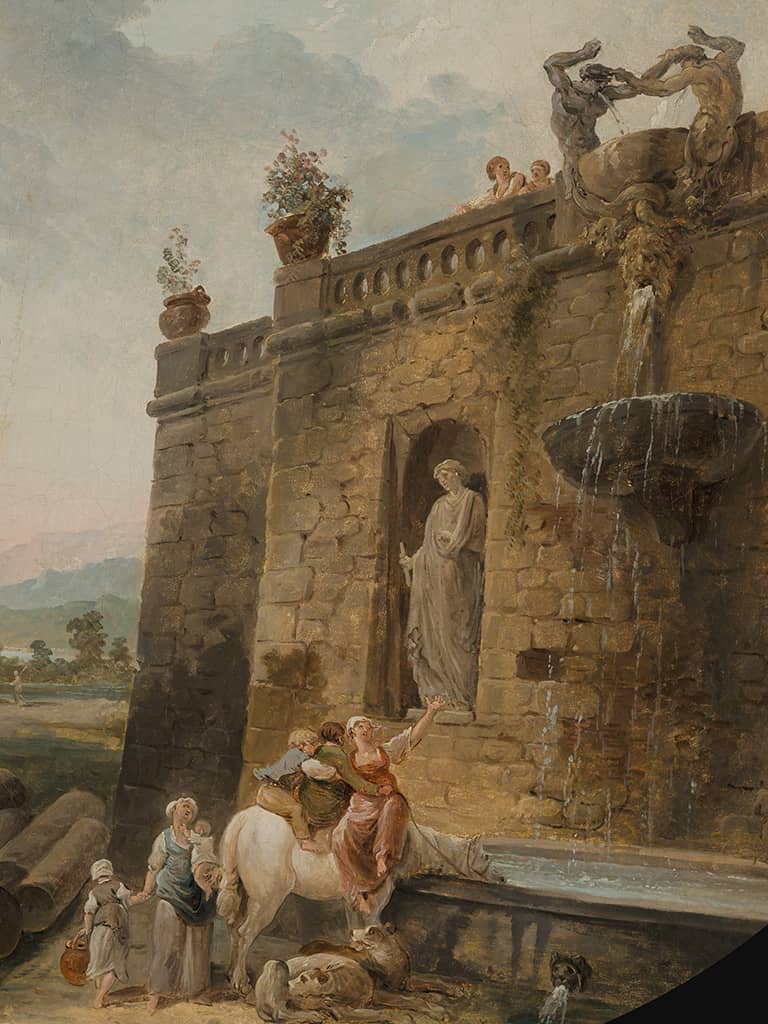 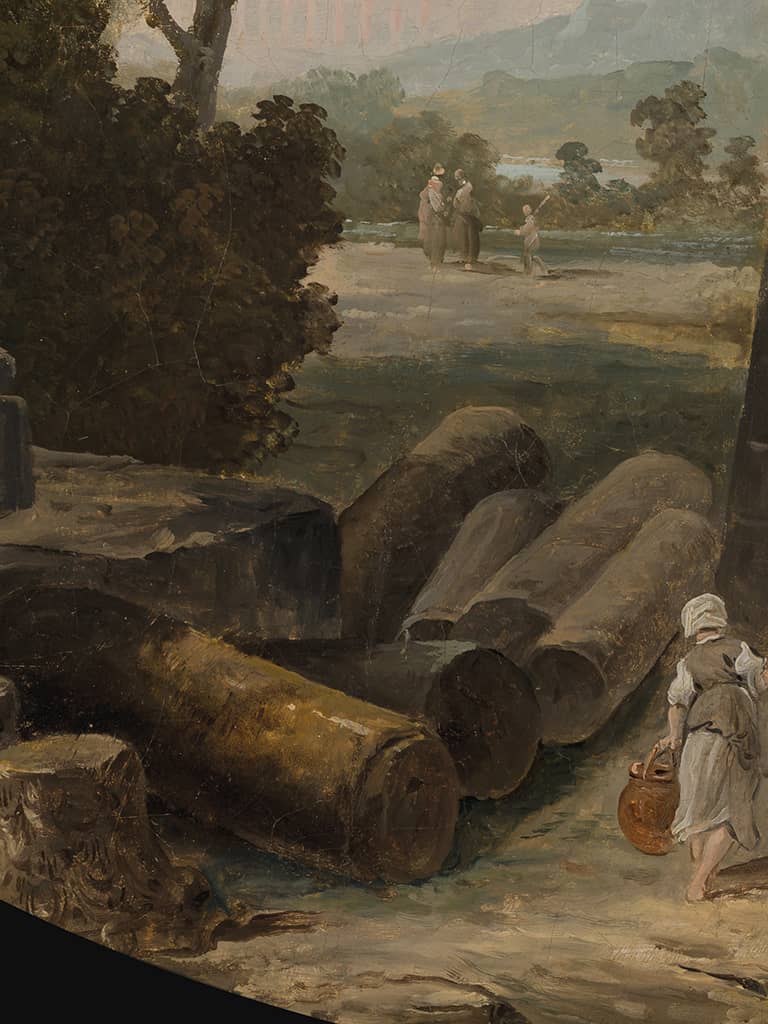 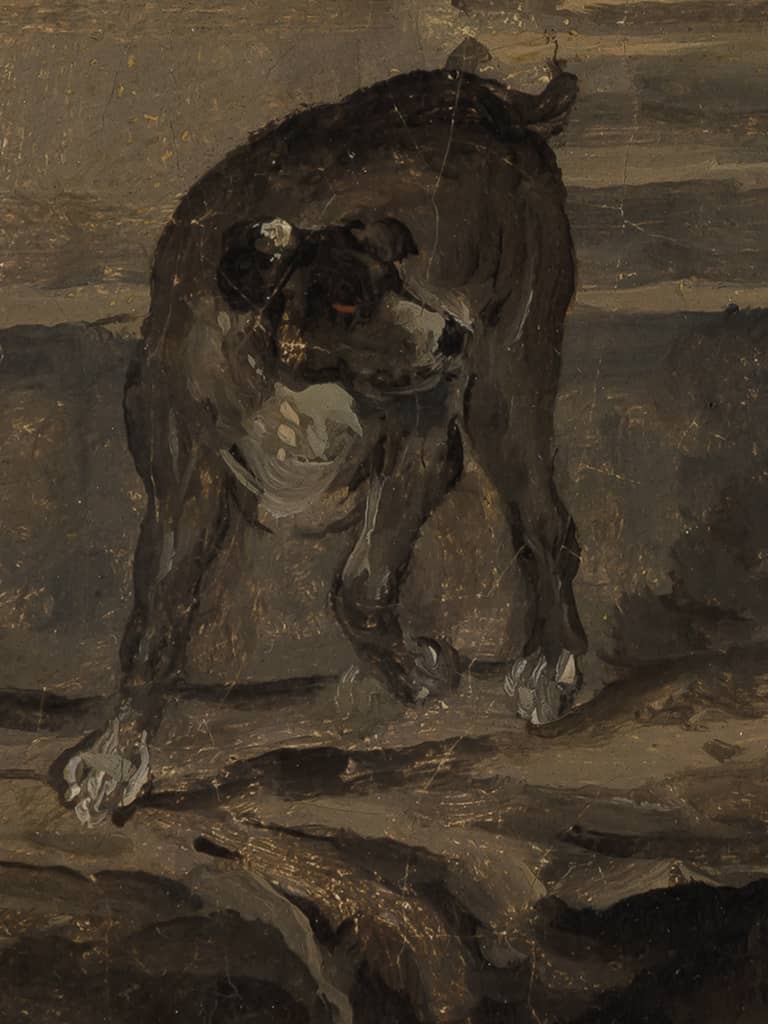 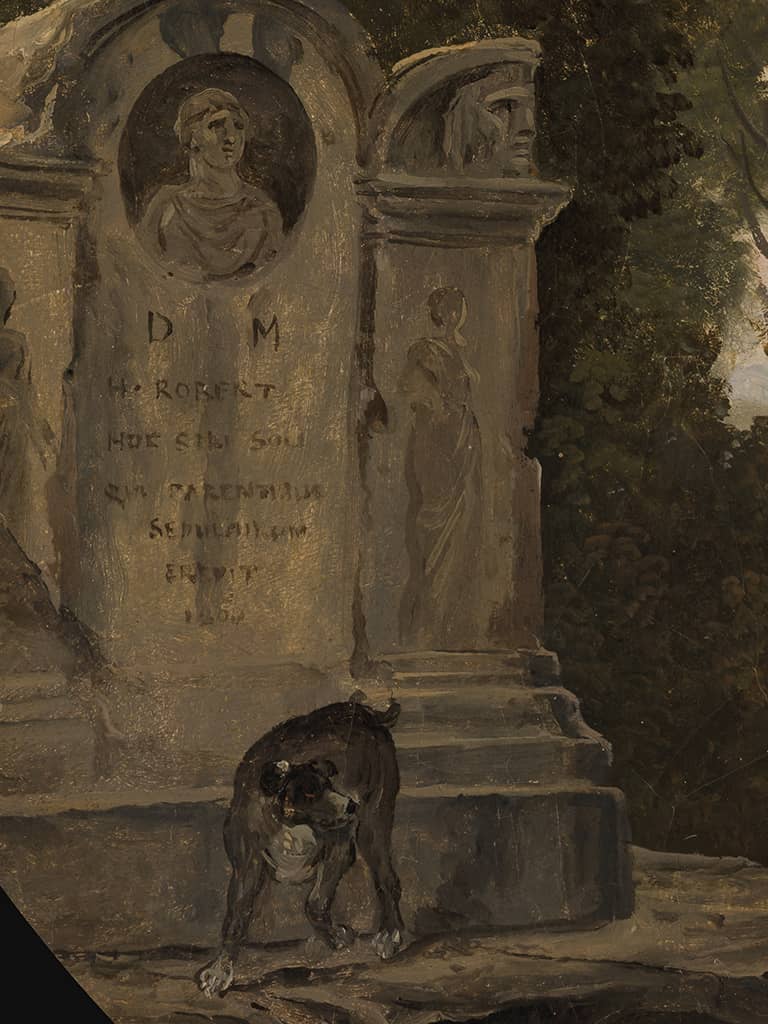 A dream of Antiquity

The combat of the tritons evokes the work of the Baroque sculptor, Bernini, while the architecture of the facade recalls the triumphal arch of Septimius Severus at the Roman Forum. Hubert Robert would be inspired by his visit to the eternal city throughout his career.

A scene of peasant life brightens up the melancholy ruins. The figures are caught in the immediacy of their daily life in the heart of an elegiac landscape.

The drinking horse, the dogs at rest and the three figures give the scene an anecdotal quality that contrasts with the solemnity of the ancient monuments.

Ruined columns and capitals contribute to the nostalgic atmosphere of the composition. Hubert Robert is developing a sensitive vision of Italy, where eternal grandeur and the fictions of everyday life mingle.

The work testifies both to the wisdom of the ageing artist and his customary irony in the suggestive position of the dog.

Hubert Robert stages his own death with humour via the Latin inscription on the ancient tomb: “H. Robert erected this tomb in 1804 for himself and his parents". This inscription refers to a biographical fiction and a meditative reflection on death. 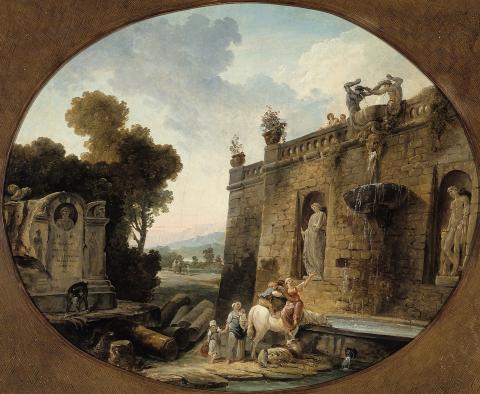