Portrait presumed to be of Marie-Émilie Baudouin, the painter’s daughter 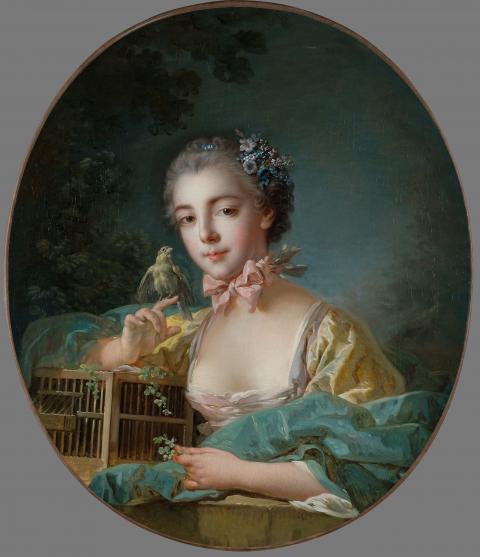 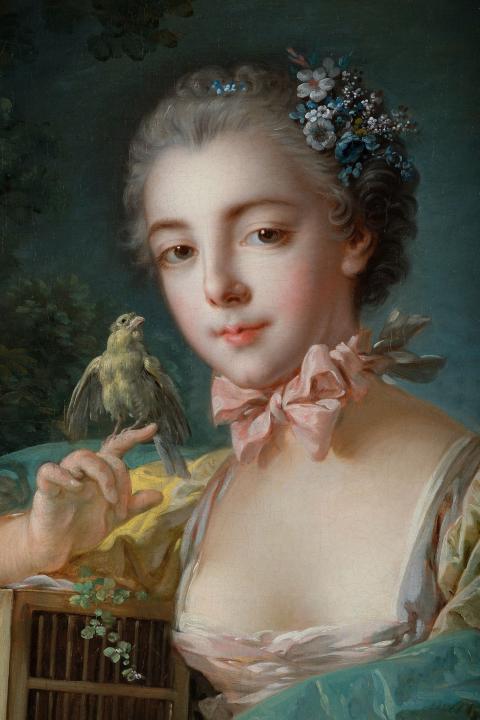 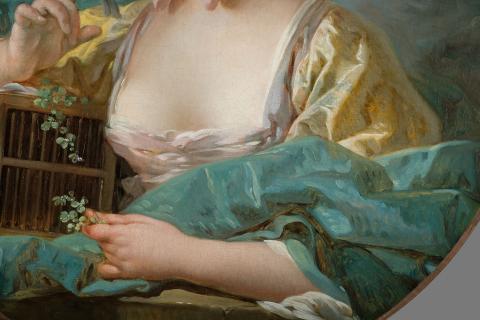 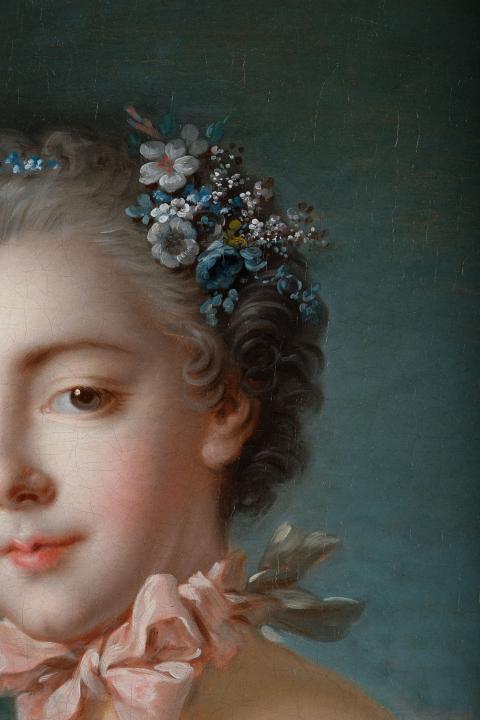 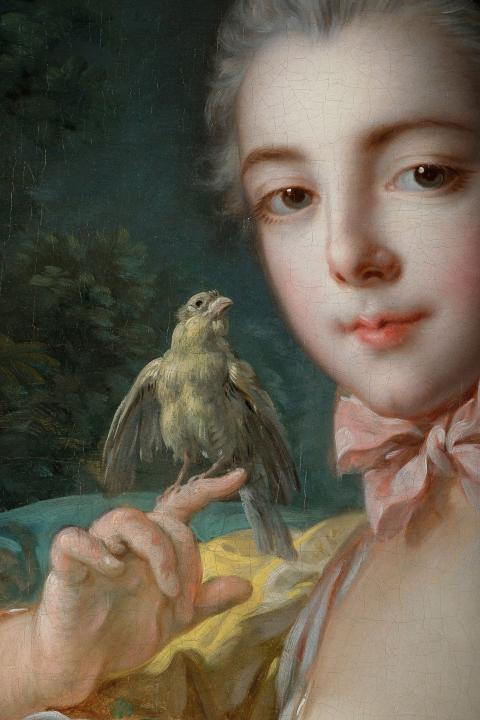 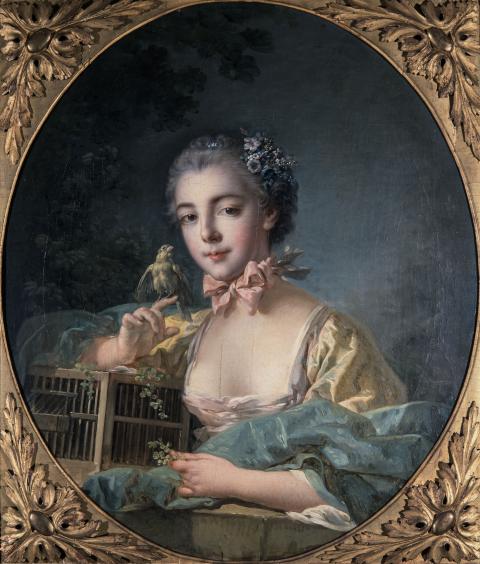 François Boucher married his two daughters to his favourite students and colleagues Jean-Baptiste Deshays and Pierre-Antoine Baudouin. Here, he endeavours to paint a portrait resembling his youngest daughter’s features. Marie-Émilie is surrounded by the aspects of courtship that the lovers’ poetry of the time also sang about. The theme of a girl with a bird was very popular in the 18th century and other painters, such as Jean Raoux and Jean-Marc Nattier, painted similar portraits. In this composition the bird, just out of its cage, certainly echoes the girl’s recent status of young bride. The bird also reflects the grace of the pose and the softness of the model’s features, with a kind of angelic candour. This painting is from the collection of Pierre-Jacques-Onésyme Bergeret de Grancourt, Receiver-General of Finance, who commissioned Clodion's funeral monument in tribute to Ninette, his deceased dog. 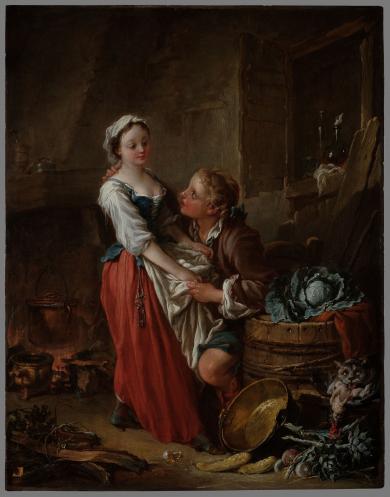 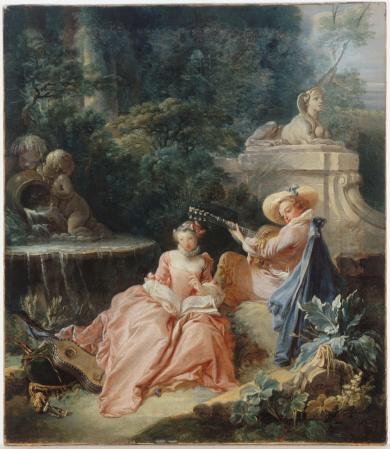 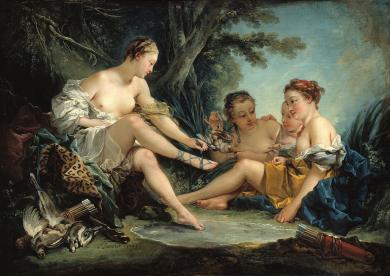 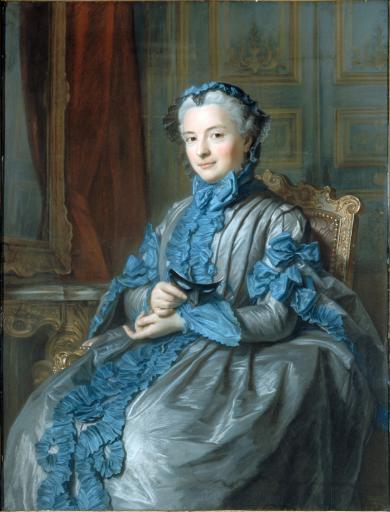