Monument to a Dog 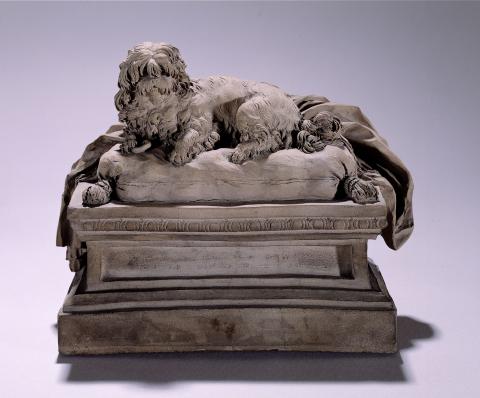 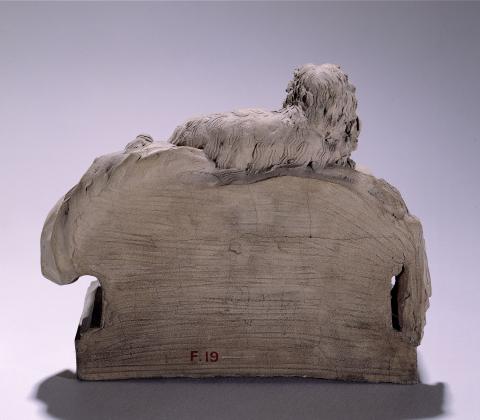 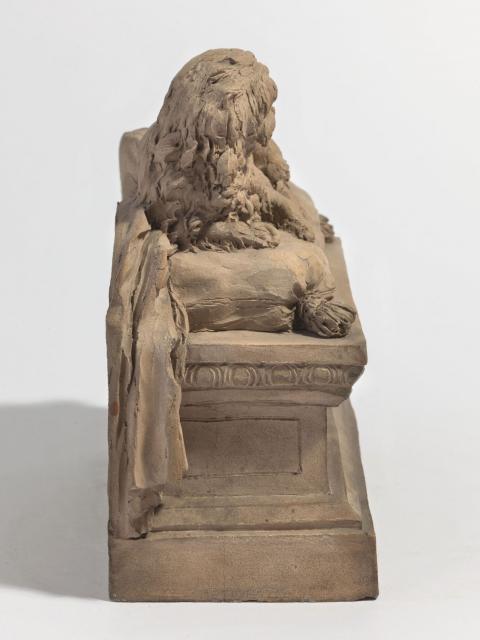 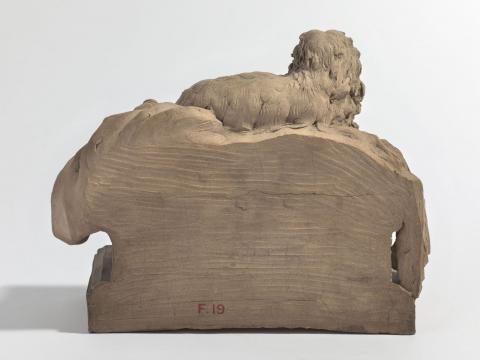 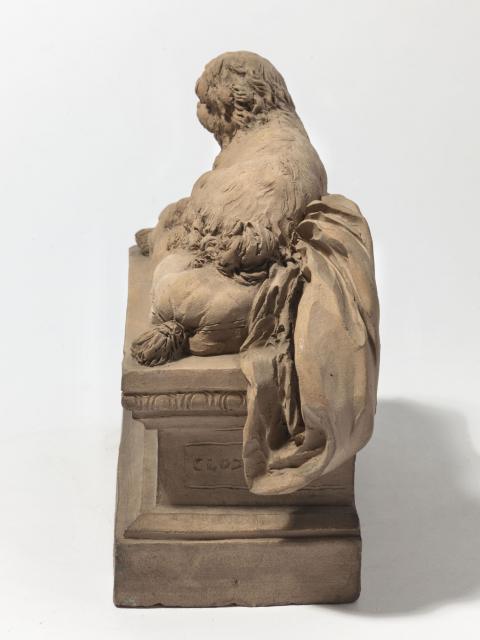 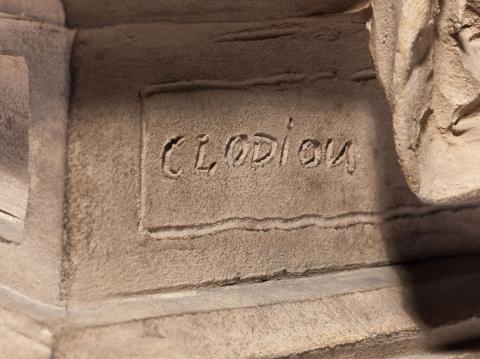 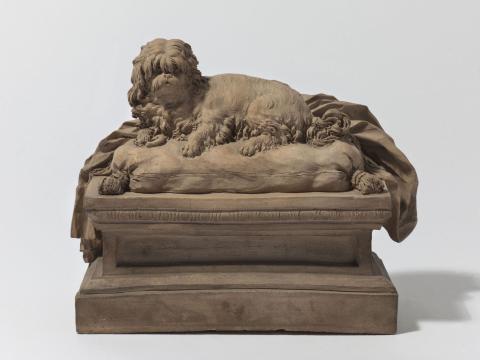 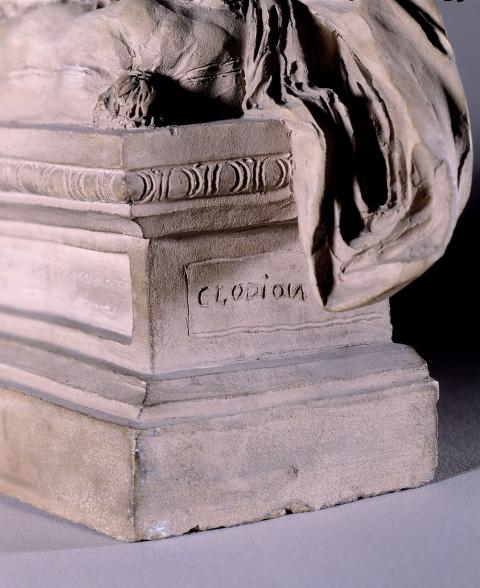 Exquisite details bring this animal portrait to life: the gimblette (round biscuit) under the right paw and the wide-open eyes under the thick coat. Clodion's talent lies in the realistic portrayal of the curly hair and the hollowed-out pupils that observe us from under the fringe.

The dog could be identified as a Maltese bichon, a small breed recognisable by its dense, curly white coat and popular with 18th-century elites for its affable character. The financier and art lover Bergeret de Grandcourt ordered this memorial miniature from Nancy-born sculptor Clodion in memory of his pet, Ninette, thereby expressing his love for both art and animals. This subject testifies to the infatuation of late 18th century society with pets. Clodion created several monuments of this type,  combining the shape of an ancient funerary tomb with verist animal representation, such as the Ninette Mausoleum (in Nancy’s historical museum in Lorraine) and the Fifi Mausoleum (in Ecouen’s National Renaissance Museum). Perhaps these small monuments served as preparatory sketches for the larger marble tombs that were frequently built in Enlightenment Europe? They could also have been part of decorative products made for art lovers, like the mythological statuettes made by Clodion during the same period.

Clodion's animal terracotta works take on a parodic aspect by playing on the clichés of funeral sculpture. The artist takes up the codes in an intimate vein, as shown by the high plinth bearing a fictitious inscription imitating an epitaph and by his signature on the pedestal.

Bergeret de Grandcourt also ordered the portrait of Diana, his wolfhound (Besançon, Fine Arts Museum) from the painter Vincent and that of his poodle from Jean-Baptiste Huet (exhibited at the 1769 Salon). 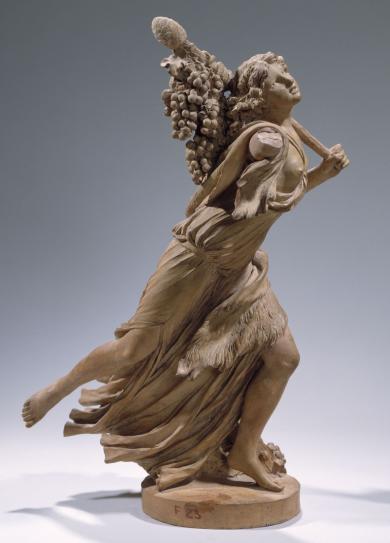 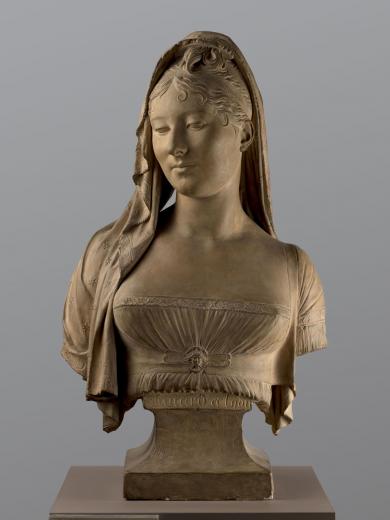 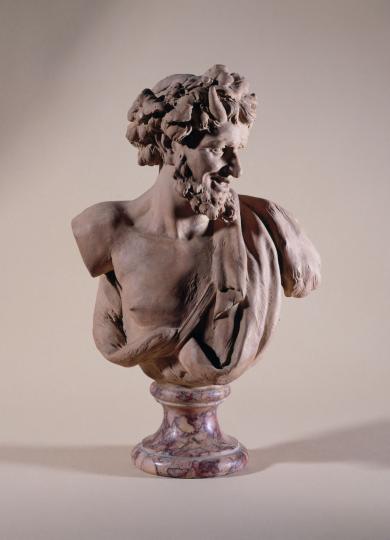 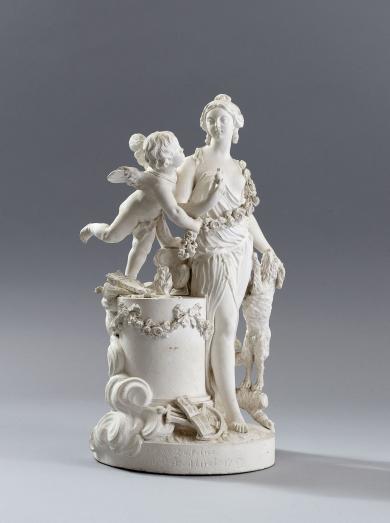