In this light-hearted scene, two young women in unkempt morning clothes laugh as they pretend to resist the daring advances of a gallant young man. Boilly, who was a virtuoso in the representation of intimate interior scenes, never lapsed into triviality. The artist skilfully features a multitude of expressions and the interplay of looks, smiles and finally physical posture bring the canvas to life. The observer becomes the voyeur of a comical scene, captured on the spot, like a snapshot. The format of the work suggests that it had a pendant (counterpart). Boilly produced many at the turn of the 19th century, like Visite Reçue (Visit Received) (Hôtel Sandelin, Saint-Omer) which also portrays a libertine scene of a man and a woman separated by a half-open door. The painter’s technical quality and the depiction of interior scenes draw their inspiration from 17th-century Dutch painters. The artist took the humorous nature of the subjects from William Hogarth, an English painter, a senior colleague. The arrangement of the curtain above the bed and the door recalls Le Verrou (The Bolt) by Fragonard. In a scene alluding to Sapphic love, although there is no violence in L’Indiscret, the relationship between the three characters is ambiguous: is it a game, a trap or simple sauciness? Boilly leaves the observer free to judge. 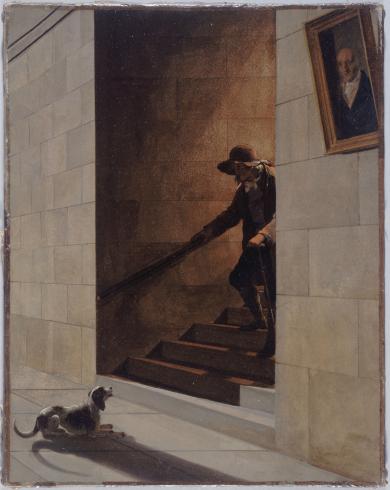 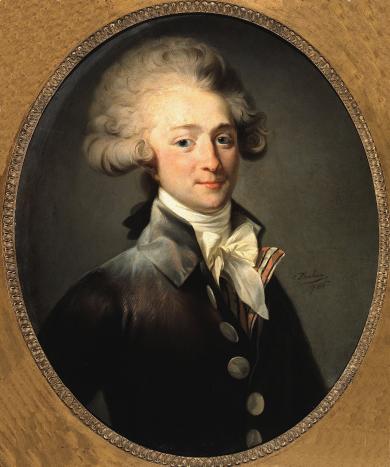 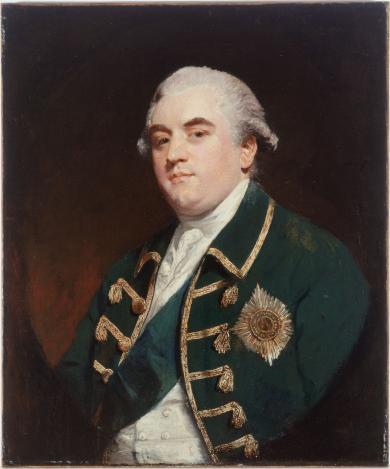 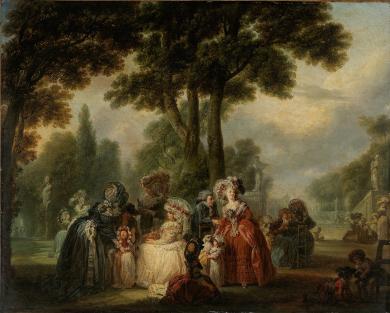