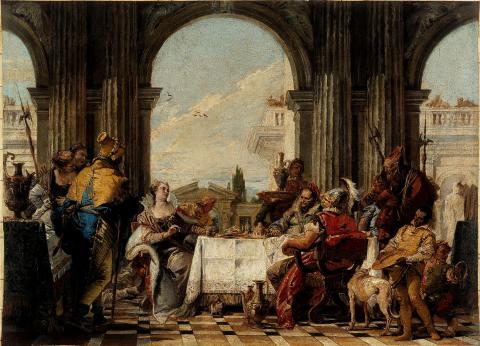 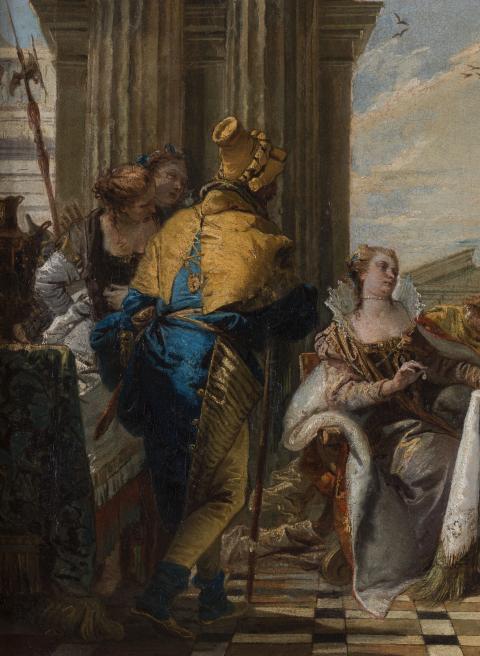 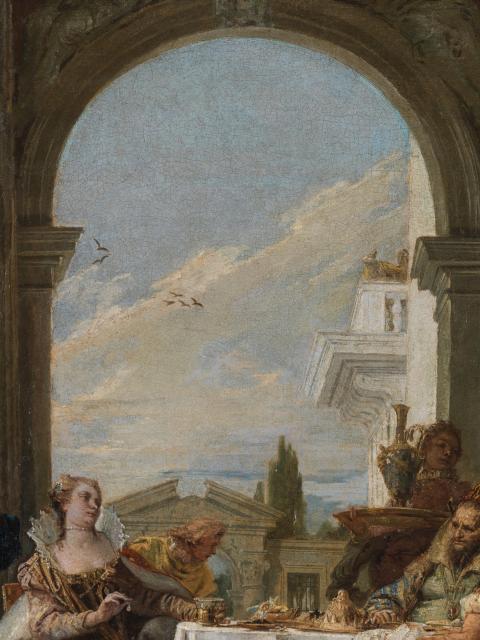 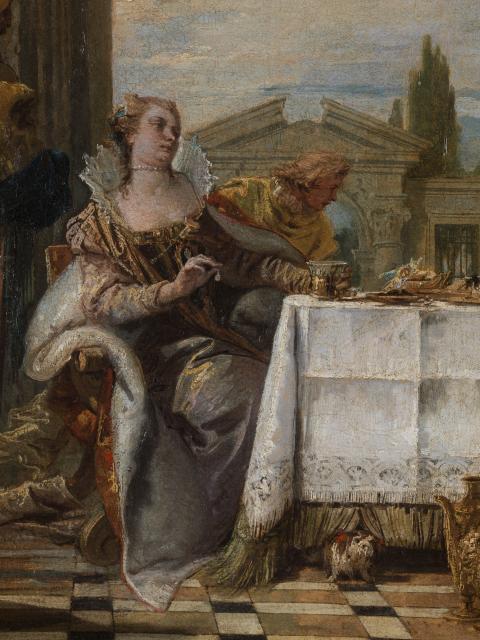 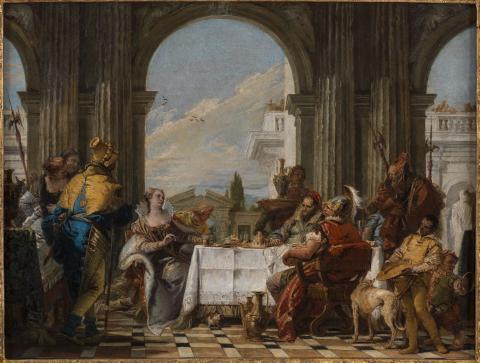 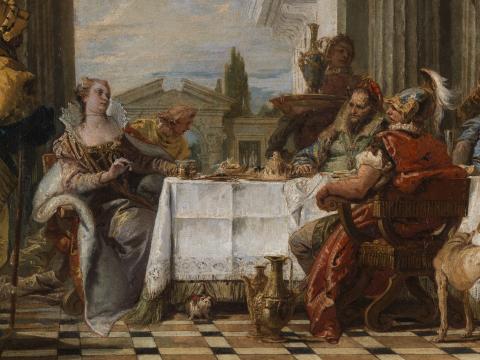 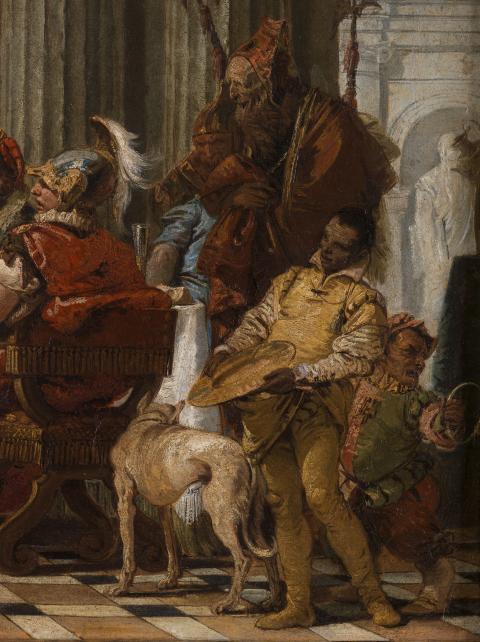 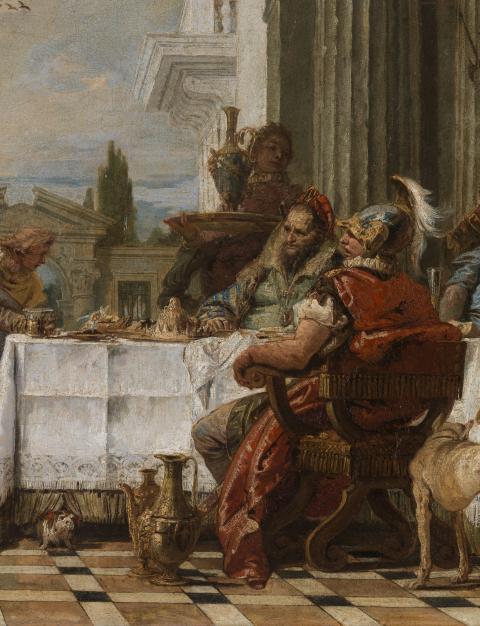 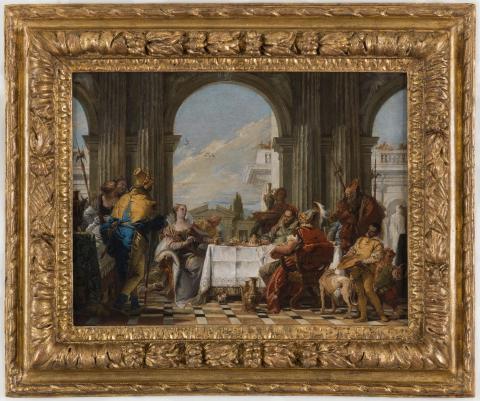 Cleopatra, the last queen of Egypt, invites the Roman general Marc-Antoine to a luxurious feast. Eager to show off her country's power and wealth, she claims to offer the most expensive meal in history. The queen then uses a strategy: she dissolves a precious pearl in a glass of vinegar, which she drinks under her dumbfounded adversary’s gaze. Tiepolo's composition plays out this imaginary episode, told by Plutarch in his Stories of Great Men. A lavishly adorned court of oriental servants surrounds the queen and Mark Antony in ceremonial costume and feathered helmets. Tiepolo translates very precisely the height of suspense at the moment when Cleopatra presents the precious pearl to the eyes of her fascinated guests. The artist would take up this subject again in 1745 in the famous frescoes in the ballroom of Palazzo Labia, in Venice. He treats the scene with the greatest wealth of detail in clothing, accessories and architecture. Classical references consistent with the period of the story, such as the portico in the background, mingle with modern elements, reminiscent of the splendour of Tiepolo's Venice. Cleopatra is wearing an 18th century Venetian ceremonial dress. The theatrical construction of the painting, similar to that of a stage with actors, reinforces its spectacular appearance, in the great tradition of the Venetian school of which Tiepolo is the major representative in the 18th century. This painting of small dimensions, with its careful technique and accomplished composition, is known as a "modello", that is, a preparatory sketch for a monumental canvas, now held at the National Gallery in Melbourne. The painting in the collection of Consul Joseph Smith was acquired by Ernest Cognacq at the sale of the Mathilde Bonaparte collection in 1904. 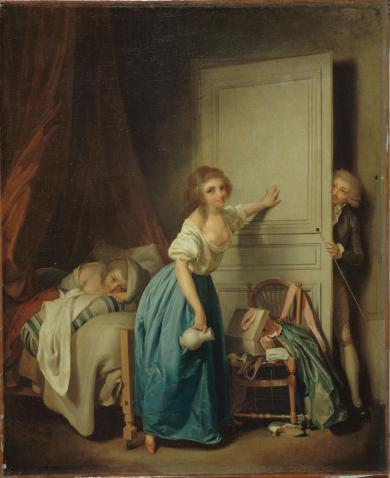 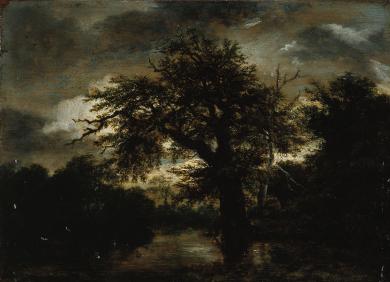 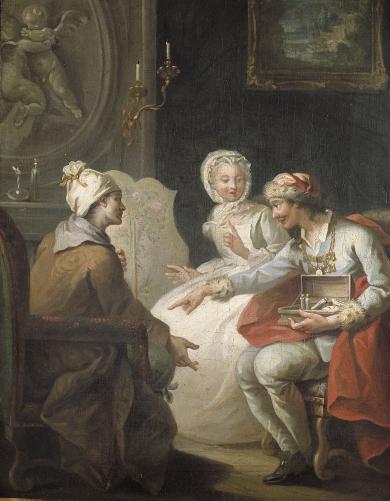 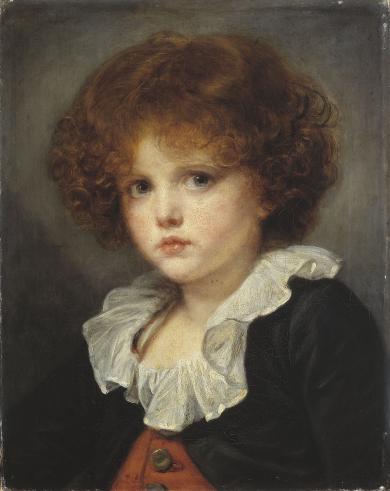