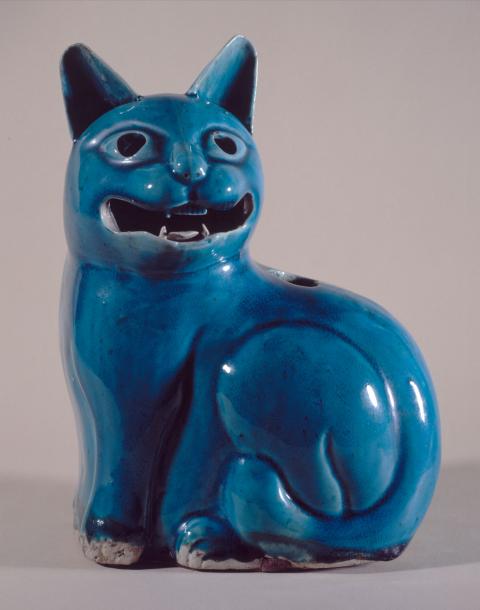 As indicated by the black traces of smoke visible on the inside, this porcelain cat served as a nightlight: the light lit up the animal’s open mouth and hollow eyes, which took on a fantastic appearance. The combination of the stylised body with the turquoise blue colour makes the feline creature appear unreal. This bright colour was obtained by glazing, a technique which appeared in China in the 14th century, and which was then perfected in the 17th century. It was highly prized by European enthusiasts, who sought out these objects in animal shapes up until the end of the 19th century. The latter were imported by the East India Company, which was a highly lucrative trade. Through the crossing of influences, these objects influenced European productions, as evidenced, for example, in certain Meissen porcelains, which copy the Asian use of animals. Whilst these animals were considered highly symbolic in Eastern civilisations, the decorative aspect prevailed in Europe. 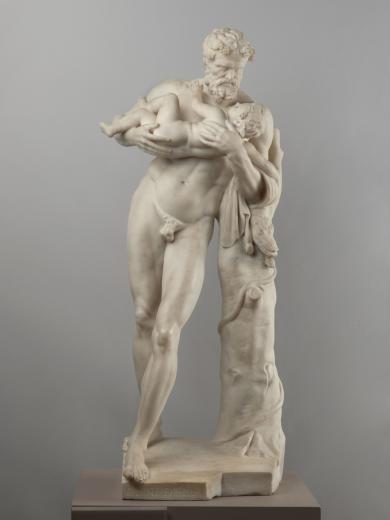 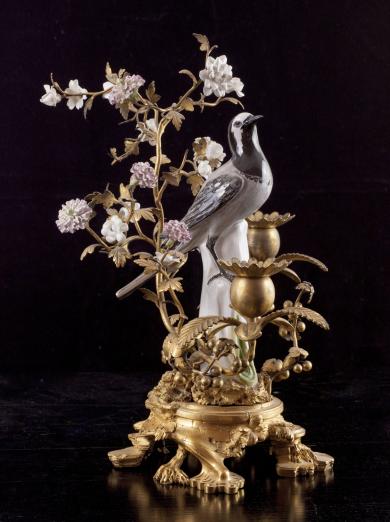 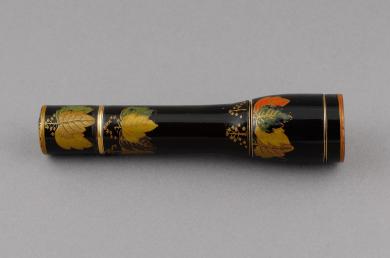 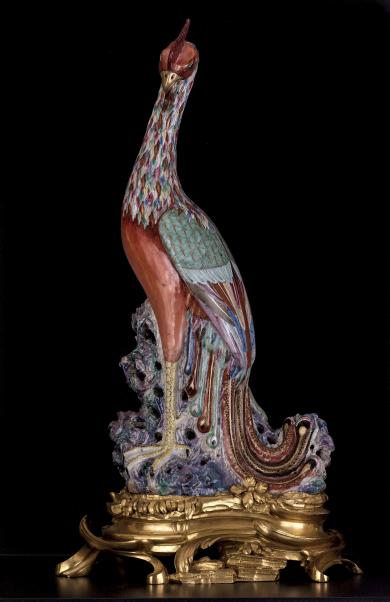 Anonyme
Phoenix or Fong Hoang on a Rock, Vers 1750