Bust of Hermann-Maurice, Marshall of France, Count of Saxony and Duke of Courlande (1696-1750), known as the Marshall of Saxony 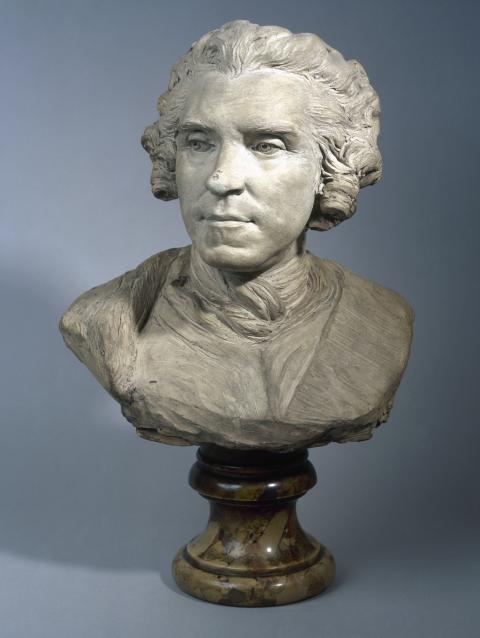 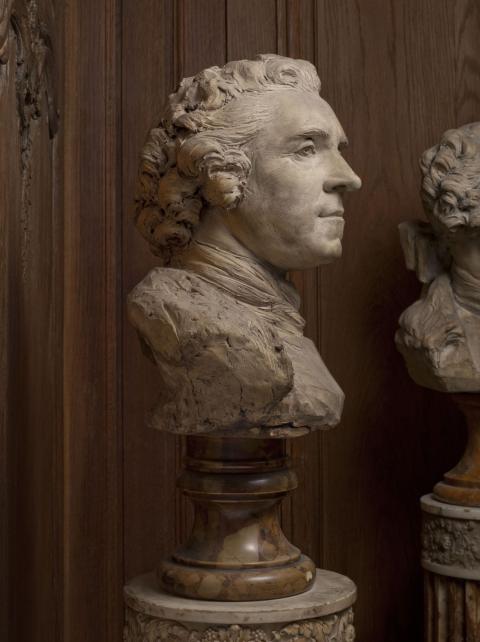 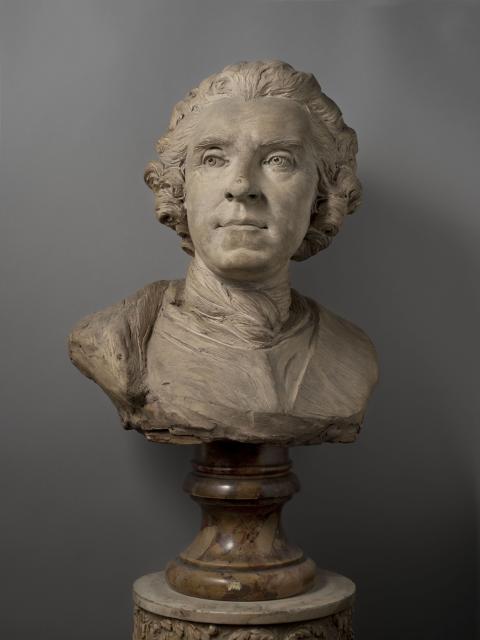 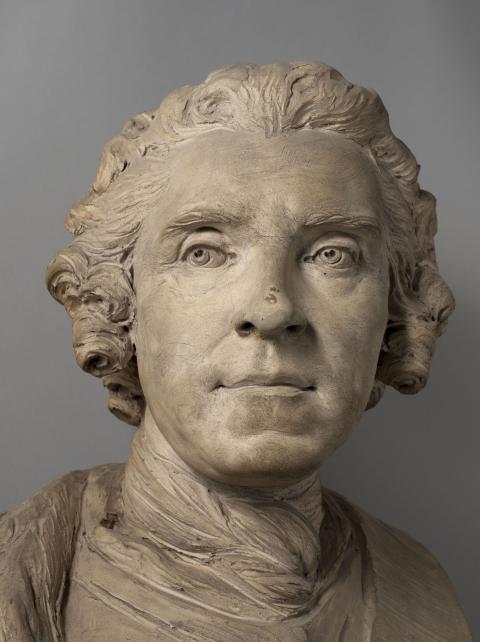 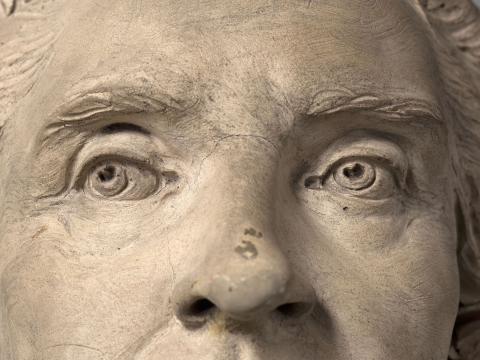 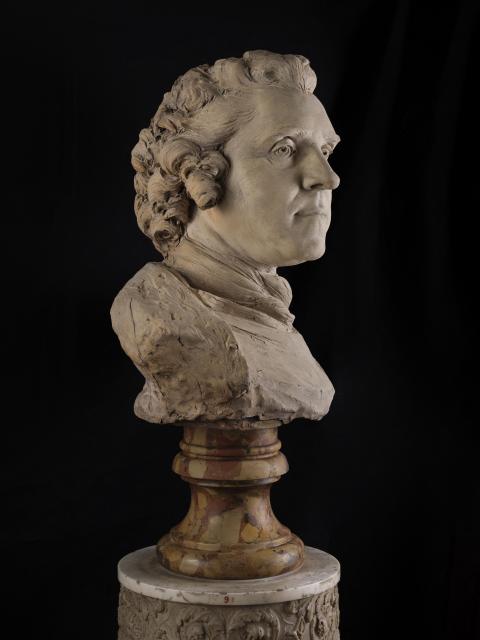 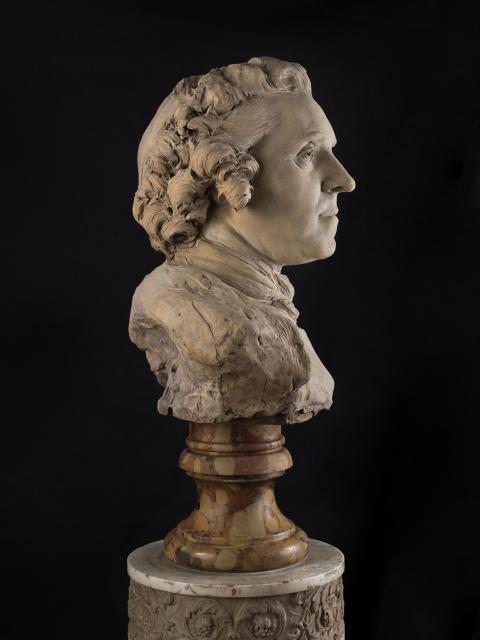 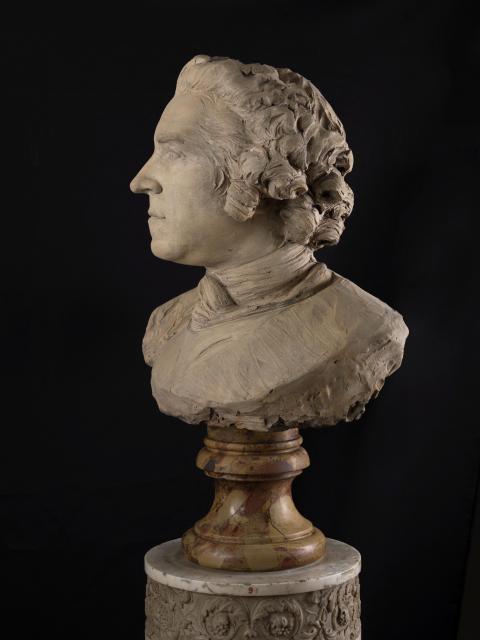 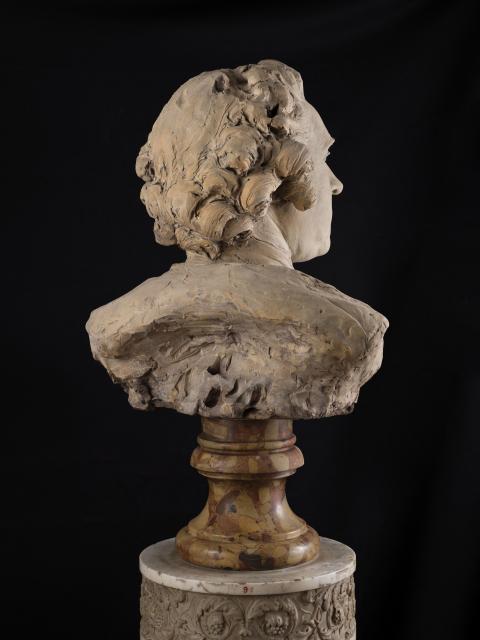 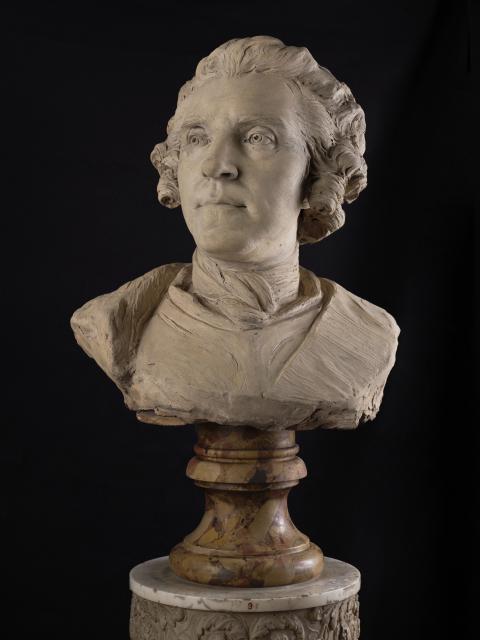 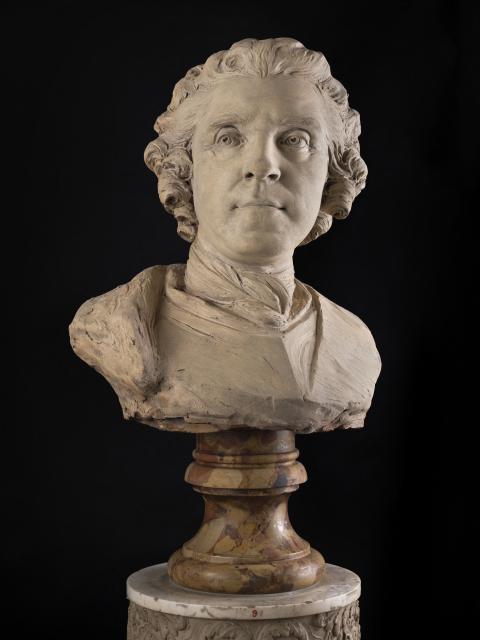 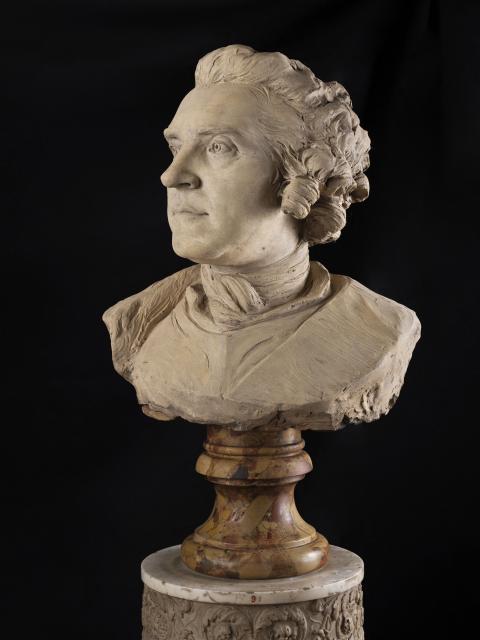 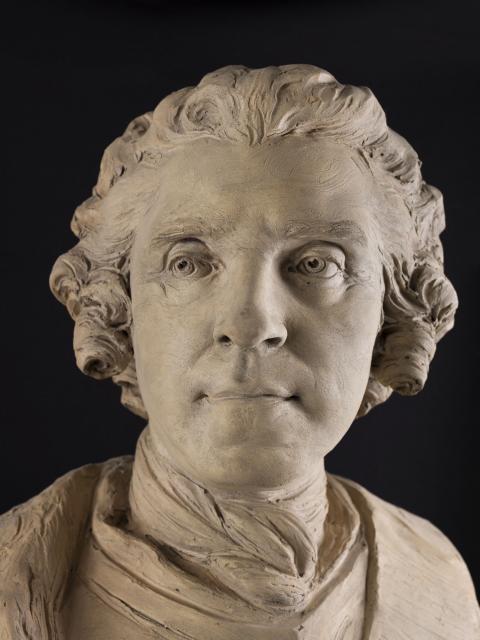 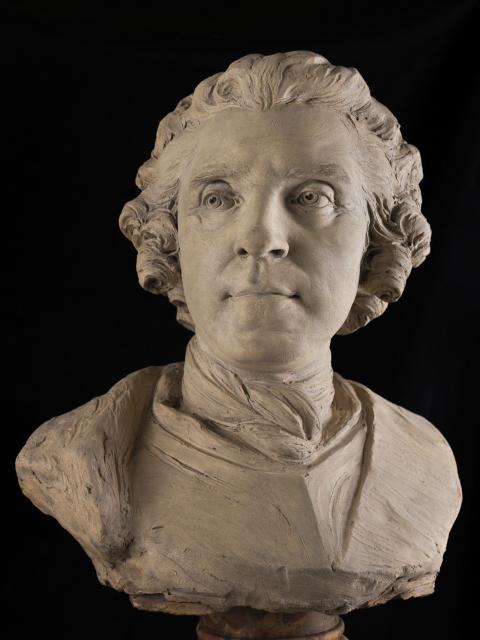 Count Maurice of Saxony (1696-1750), the natural son of Augustus the Strong, the Elector of Saxony, had a distinguished, brilliant military career in the service of European princes and then of the Kingdom of France (Battle of Fontenoy, 1745). He regularly resided in France from 1720 to 1750. An assiduous visitor to the Parisian Salons, he quickly joined the circles of the French aristocracy, where he was greatly appreciated. In 1747, when Lemoyne painted this terracotta portrait, the Count of Saxony became Marshal General of Louis XV’s camps and armies. It was brushed into a bust, like a sketch, and we are not aware of the existence of any final marble version. The hollow pupil, the circle around the iris, the work on the volumes of the face (eyebrow arches, cheekbones, forehead and chin) and finally the fine expression lines place Lemoyne within the generation of 18th century sculptors who produced sensitive, truthful portraits (Houdon, Pajou, Pigalle). The Count of Saxony appears here as a courtier, with a powdered, tidy wig and a scarf around his neck, but also as a soldier, shown by the armour protecting his chest. The direction and strength of his gaze give him a confident, martial look. The painted portraits of the model by Nattier and La Tour also portray him with considerable psychological depth.

This sculpture, which remained in Lemoyne's studio until 1778, belonged to the famous collector Jacques Doucet; it was acquired by Ernest Cognacq at the sale of the latter. 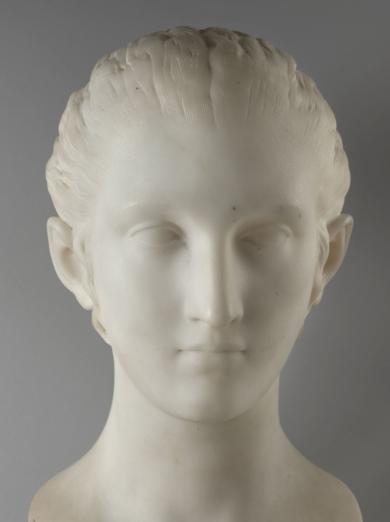 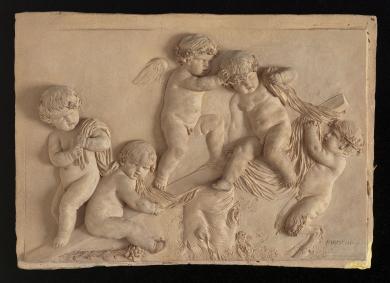 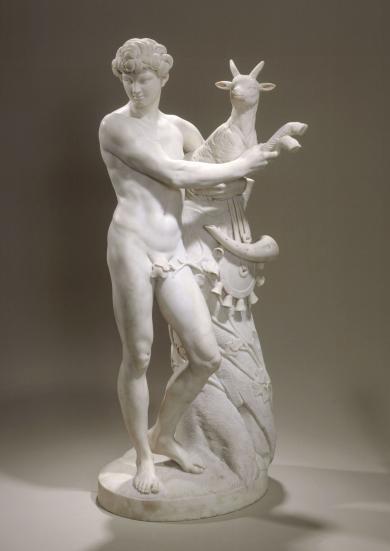 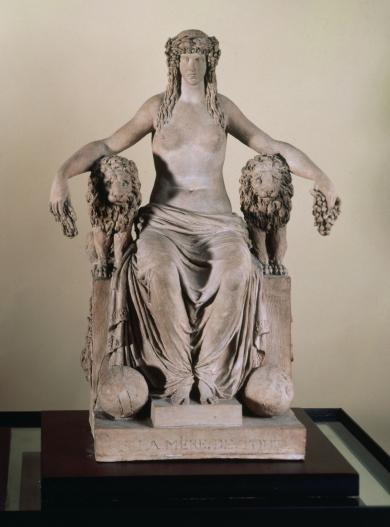