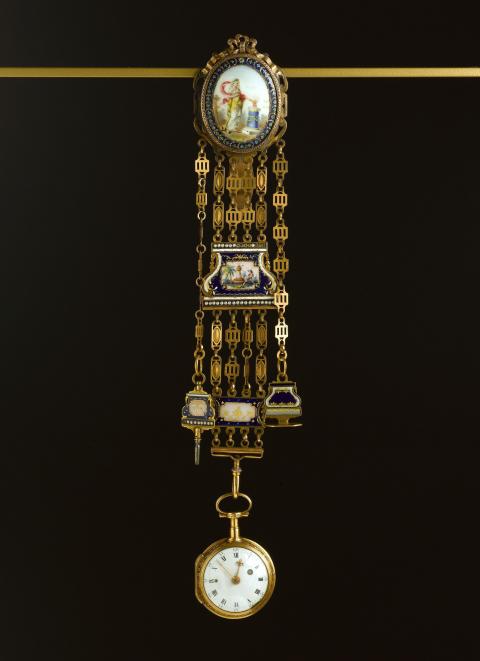 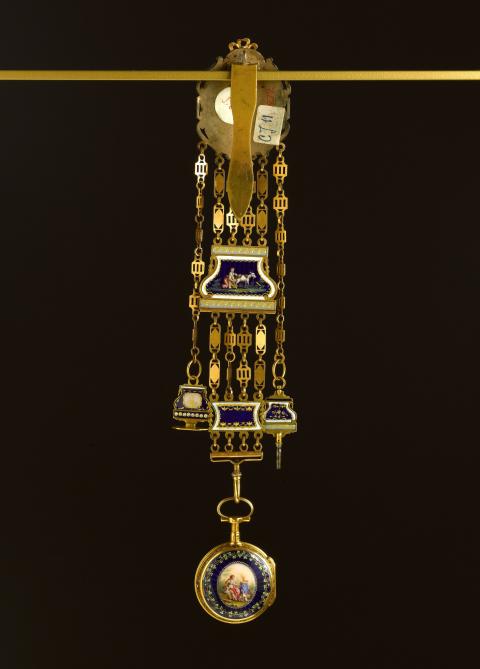 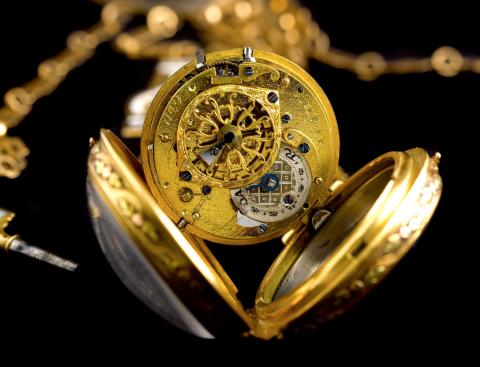 The chatelaine, a fashionable 18th century belt jewel, consisted of a clasp concealed behind a decorative plate and chains with charms or functional objects, keys, watches or even sewing instruments attached to their ends. These particularly precious, sophisticated objects were signs of sumptuous elegance, reflecting the owner’s social position. They completed an outfit, were the subject of a conversation and led to appropriate gestures (opening one’s snuffbox or taking one’s box out of one’s pocket ...), which were examples of the many types of behaviour and dress codes that reflected a person’s refinement and status. This genuinely portable everyday accessory appears above all in women's finery, although there is also evidence of its use by men. The example in the Cognacq-Jay Museum is representative of the elegance of jewellery accessories in the 18th century and was created through a combination of several techniques borrowed from goldsmithing and miniature creation: translucent enamel on yellow gold, use of several golds and silver, full enamel on copper forming secondary decorations in the form of miniatures, and miniatures painted on ivory. Its movement was created by André Hessen, a Parisian watchmaker who wrote a dissertation on automatic watch movements. 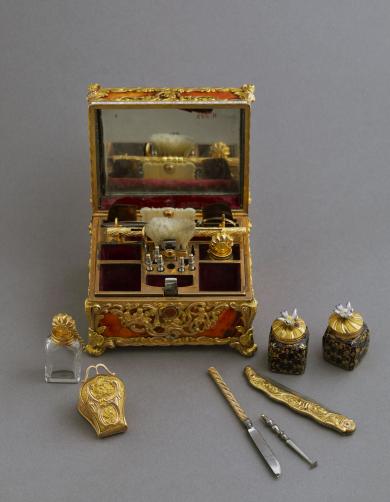 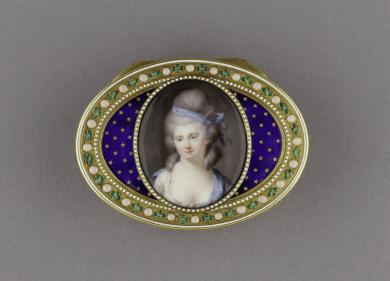 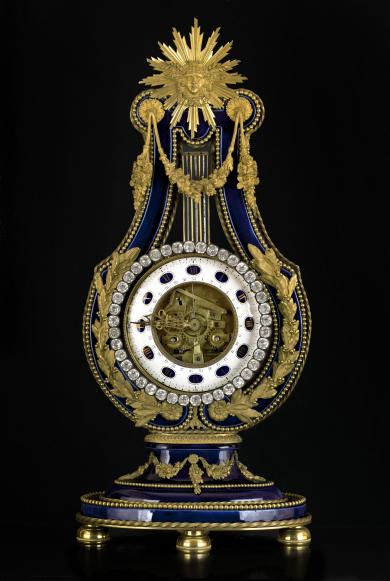 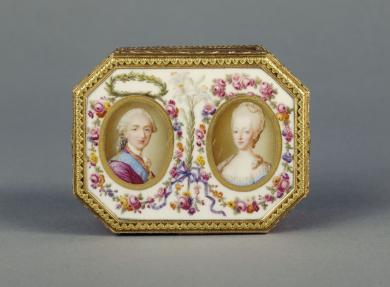